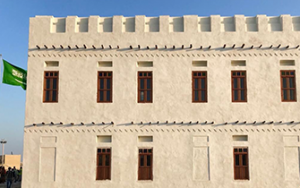 The Kingdom of Saudi Arabia lies at the furthermost part of southwestern Asia. It is bordered by the Arabian Gulf, United Arab Emirates in the east; Red Sea in the west; Kuwait, Iraq and Jordan in the north; Yemen and Oman in the south.

The Kingdom of Saudi Arabia occupies about four-fifths of the Arab Peninsula, with a total area of around 2,000,000 square kilometers.

The climate of Saudi Arabia varies from one region to another because of its diverse topographical features. As a result of a subtropical high-pressure system, the Kingdom is generally hot in summer and cold in winter where rains fall often. Moderate climate is seen in the west and the southwestern part of the Kingdom; dry hot summer and cold winter in the interior parts; and high temperature and humidity in the coastal areas. 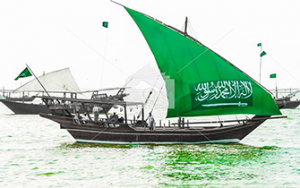 The Kingdom of Saudi Arabia celebrates its National Day each year on September 23, in commemoration of the founding of the Kingdom by his Majesty King Abdul Aziz Abdul Rahman Al-Saud in 1932A.D

Estimated Population of kingdom of Saudi Arabia: The population of the country is estimated to be around 34.27 million in 2019.

Thanks for sharing this, you are awesome !